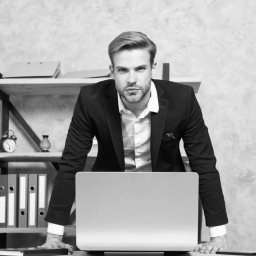 In terms of size, Forex is the number one financial market. Every day, it sees transactions reaching 5 trillion US dollars. This is more than for stocks and futures combined! So, what is the Forex market meaning?

It is the market where institutional and retail traders buy and sell currencies, and speculate on their exchange rates. The institutional participants are central and commercial banks, businesses, hedge funds, and investment management companies. Retail brokers and investors also take part.

This Forex market comprises an interbank and an ‘over-the-counter’ layer. This means there is no single physical centre. Instead, buyers and sellers connect directly through the internet. It is a gigantic international network of brokers and computers.

The second — OTC market — is the system in which retail trading happens. Here, individuals trade through brokers. Everything is managed via online terminals. Services like market watch Forex help traders identify the best entry and exit points.

Brokers act as intermediaries that connect clients to the global exchange. Those classified as market makers may also set their own Ask and Bid. These prices for a currency pair may differ from the prices in the FX market.

Unsurprisingly, the US dollar is the most traded currency. It is part of roughly 85% of all trades globally. The Euro comes second with close to 39% of transactions. The Japanese yen has approximately a 19% share. As every trade has two sides, these percentages do not add up to 100%.

The two largest banks in the market are Citigroup and JPMorgan Chase & Co. This was concluded by Greenwich Associates in a 2018 study. Globally, their joined activities amount to 30% of the market. The other names in the top 5 are UBS, Deutsche Bank, and Goldman Sachs. In January 2018, the average daily trading volume reached $1.805 trillion according to CLS, a settlement and processing group.

Initially, most currencies were pegged to gold. Each nation had to guarantee it would redeem its currency for its value in the precious metal. After the Second World War, the world financial system was transformed by the Allies. The US dollar standard began to replace the gold standard globally.

This process was launched in 1944. A new global monetary system was introduced under the Bretton Woods agreement. The US dollar became the global currency, which boosted the role of the USA in the world economy. It was now the only country allowed to print dollars. The government had to back up its dollars with gold reserves of equivalent value.

Under the agreement, three international bodies were established. They shared the same mission: facilitation of economic activity around the world. These were the International Monetary Fund (IMF), General Agreement on Tariffs and Trade (GATT), and the International Bank for Reconstruction and Development (IBRD).

The system fell apart in 1971. The convertibility of the US dollar into gold was ‘temporarily’ suspended by the Nixon administration. Since then, world governments have been free to choose their pegs. Supply and demand in global markets determine the price for most currencies.

Forex Market Hours Around the World

Forex never sleeps. It functions 24 hours a day five days a week. Markets for other instruments, namely stocks, bonds, and commodities, typically close when it is late afternoon in New York. However, there are exceptions. Trading of some currencies that represent emerging markets may cease temporarily during the trading day.

In every country, Forex market hours may vary depending on the time zone. There are four Forex market sessions: the Sydney session, the Tokyo session, the London session, and the New York session. These are used as benchmarks. For example, here is the Forex market opening time in India.

On the next level, authorized dealers buy and sell currencies between one another. This is the interbank dimension. Finally, on the third level, these dealers interact with corporate customers. Forex traders need to use Indian-based Forex brokers. Trading on the Indian Forex market is done through MCX-SX and NSE.

What Time Does the Forex Market Open in South Africa?

In South Africa, the opening and closing times depend on the time of year, as they are linked to the hours of the New York session. So, what time does the Forex market open in South Africa? It opens and closes at approximately 11 PM (from March to November) or midnight (the rest of the year). South Africa and the US are in different hemispheres, which explain the change.

This largest financial market has no physical center. Close to 5 trillion US dollars circulate between institutional and retail traders every day. Participants follow Forex market news to keep track of prices. They profit from buying or selling currencies at the right moment.